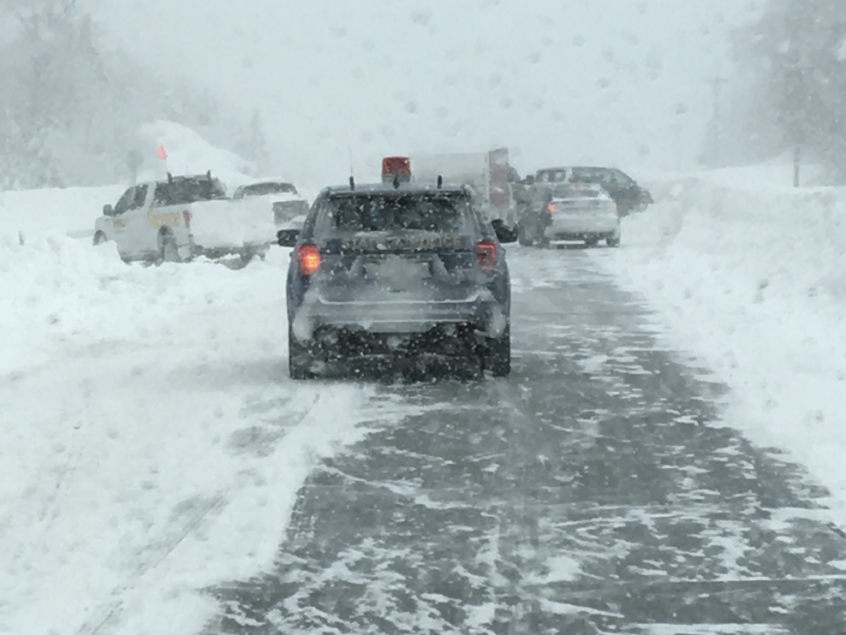 Filmmaking comes in many different sizes, shapes, formats, people, and places. Documentary filmmaking is a special genre that can prove to rival even the biggest Hollywood blockbusters as we’ve seen recently with “Free Solo“. Often times though, the everyday person doesn’t get to see what it takes to create the film. It seems like we only get to see “the making of” or the “behind the scenes” for the big budget movies. In this article, I’d like to share a brief behind the scenes look from a recent production we completed for a major outdoor brand.

This project took us to Marquette, Michigan, the largest city of the state’s Upper Peninsula. Marquette is a major port on Lake Superior, known primarily for shipping iron ore, and is the home of Northern Michigan University.

To try and describe Marquette and its surrounding wilderness in words would sell it short. Here is a quick video of what we were dealing with:

Needless to say, the elements played a major factor in this project and our planning and pre-production had to account for every variable. To be able to successfully battle the frigid cold with a crew, thousands of pounds of film equipment, and a dog sled team proved to be one of the most challenging projects we’ve ever tackled. As with any great film, the lessons learned behind the scenes are what we carry with us to make the next great thing, and that’s the purpose of this article.

As with any production, our process calls for rigorous planning, development and pre-production strategy. This includes the typical schedule, shot-list, story revisions, etc. With this particular project, we had to create some more advanced processes to combat the elements. This included consulting with other production companies who have taken on arctic temperatures with cinema cameras. One of our biggest concerns was the cold affecting our cameras. We used the RED Epic and the RED Scarlet Weapon for A and B cameras. We researched how to keep these cameras up in frigid temps and our DP created a great solution to essentially use the camera’s fan to heat the unit. Lot’s of lessons learned, but the main thing we took away is that we can always do more planning before venturing out into the wilderness. If you’re going into a project with sub-zero temps, we’re happy to help consult and share all of these lessons. Drop me a line here!

*A small pile up in transit from location to location. Highway was briefly shut down. Plan for anything and everything!

The stress on the body from the cold is not to be underestimated. Often times the first thing operating procedure to go when the mind and body are put under intense stress, is the ability to communicate effectively. Without going into lengthy detail, I can’t stress to you how important it is to express and talk out every detail to your crew when you’re in the middle of the woods, at night, and it’s 10 degrees outside. This can be done in a huddle before moving to each location or before you start the day. Just make sure to over-communicate everything!

*5:30pm sun is setting over the frozen tundra of Lake Superior. Visibility was 20+ miles. The views cannot be expressed in words.

If you’re in production, you know that you cannot approach every production the same way. It just doesn’t work. With this project specifically there is an old saying that rung true:

“Nature doesn’t ask your permission; it doesn’t care about your wishes, or whether you like its laws or not. You’re obliged to accept it as it is, and consequently all its results as well.” – Dostoevsky

This project proved this quote to be true in its entirety. From having to dig out several people in blizzard-like conditions, to our crew getting split up on a trail, we had to figure out how to adapt. “Be More Nimble” is really more of a mantra than a takeaway. By the end of the production, we were able to know exactly what we needed and pack to hike. The next time we do this, it SHOULD be much easier.

*I tried to summon the deer. It didn’t listen to my wishes.

You might have noticed the title “..and a dog sled team”. The dogs were the easiest part. Folks in production will tell you to never work with dogs or kids, but the truth is, never work in nature unless you’re prepared to get your butt kicked.